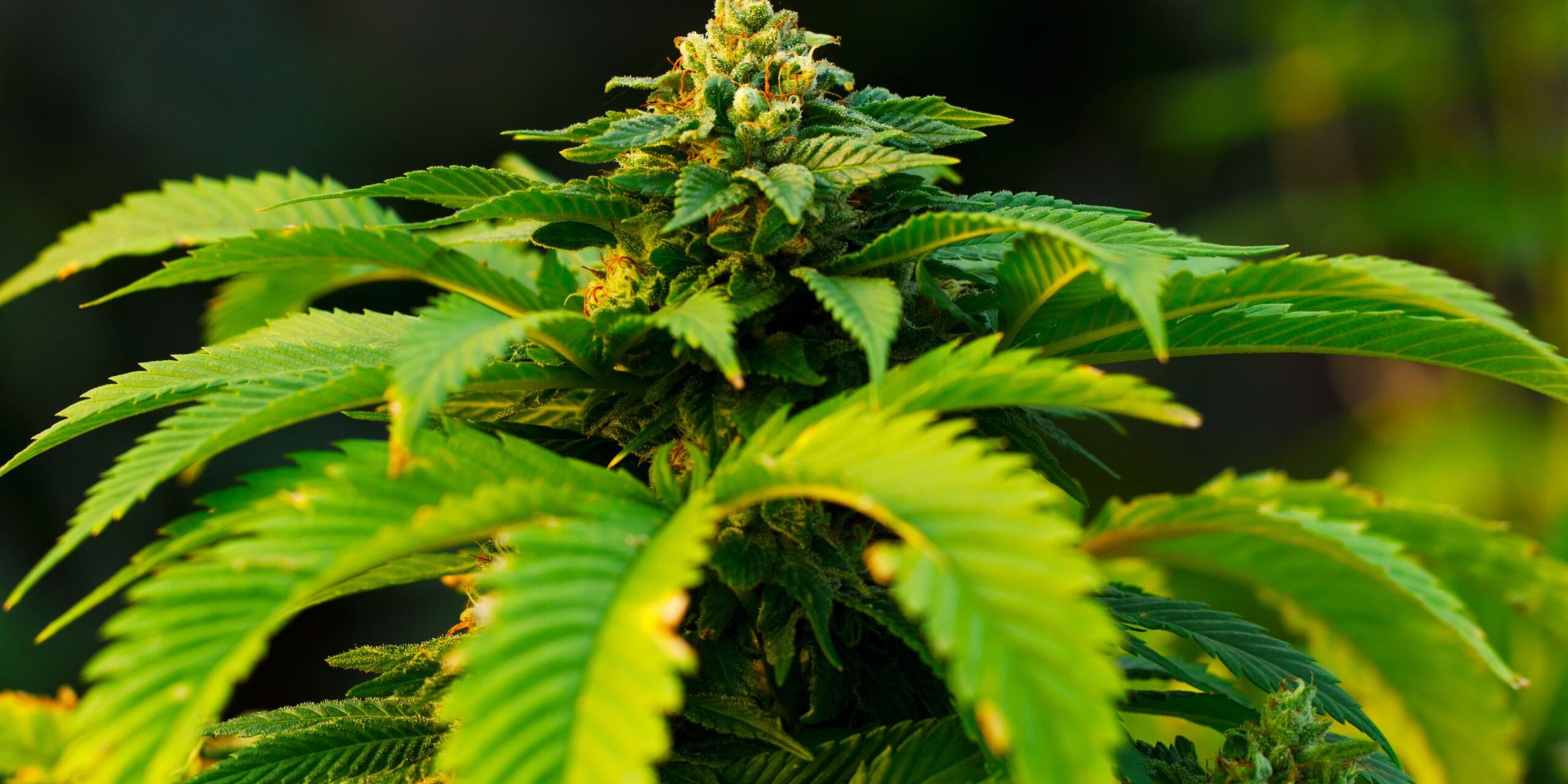 Stoners have a long and storied cultural history. From creative strain names to punny packaging to homages to Cheech and Chong, cannabis culture is full of iconic people and moments — and we’re going to cover a few of our favorites. 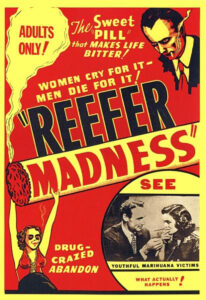 This 20th-century propaganda film quickly became a public school classic. The melodrama, the acting, the sound effects…all of it combined to create one of America’s most iconic pieces of anti-weed propaganda, which it quickly became one of the most iconic weed films. Stoners across the USA will casually refer to it in their day-to-day, ironically accusing their friends of becoming infected with reefer madness. While obviously intended to be anti-weed, it seems like most who watched this movie got a good giggle out of it. 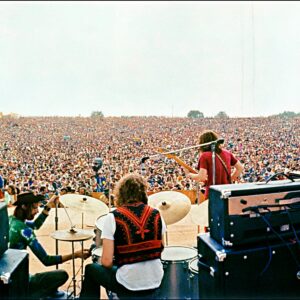 In the sweltering heat of August 1969, some 400,000 people made the trip to Bethel, New York, to attend the Woodstock arts and music festival. Despite the fact that tickets were sold, organizers stopped verifying tickets as masses stormed the gates. Over the course of three days, performers included Joan Baez, Jimi Hendrix, Santana, The Grateful Dead, and Janis Joplin. In the years since, Woodstock has become a kind of representative avatar for all of 1960s America. One aspect of that history is the widespread use of marijuana, making Woodstock a cultural icon.

Michigan residents gathered in April 1972 to protest the law and urge John Sinclair’s release after the American poet, writer, and political activist was given a prison term for possessing two joints. And like that, the Ann Arbor Hash Bash — one of the earliest cannabis-focused gatherings in the United States — was born. The University of Michigan hosts the Ann Arbor Hash Bash every first Saturday in April at noon. 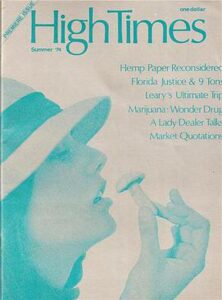 Thomas King Forçade, a marijuana smuggler, launched High Times, a magazine devoted to the marijuana industry, in 1974. According to one rumor, the magazine was initially supposed to have a single issue and parody Playboy by substituting images of ladies with images of marijuana. Another contends that Forçade founded High Times as a dig at Richard Nixon’s crusade against narcotics. High Times is now a renowned newspaper that is praised for being ahead of its time after more than 40 years and 500 issues. The cover has been graced by celebrities including Ozzy Osbourne, Cypress Hill, James Franco, and more. The world is still being informed about marijuana by High Times. 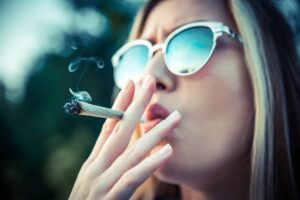 There are numerous accounts of how April 20th came to be observed as an unofficial marijuana holiday, but one of them holds that the Grateful Dead were primarily accountable for the holiday’s widespread adoption. A “Deadhead” handed a reporter a poster that said, “We are going to meet at 4:20 on 4/20 for 420-ing” while he was stumbling through a swarm of people waiting for the start of the band’s show in 1990. The incident was covered by High Times, and the rest is history. 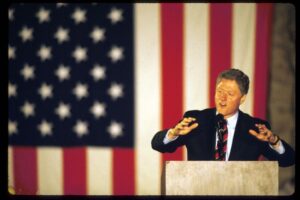 Bill Clinton was frequently questioned about his drug use while running for president. Clinton typically responded by claiming he had never broken any laws in the nation. However, when questioned about whether he had violated international drug laws later on during a candidates’ forum, Clinton responded that while he had tried marijuana, he “didn’t inhale,” inspiring the phrase “Bill Clintoning” to refer to someone who doesn’t inhale their cannabis smoke. 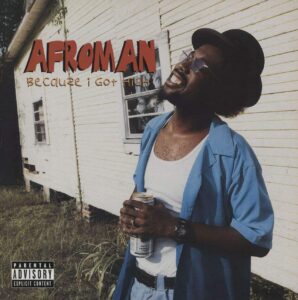 This iconic banger details Afroman’s attempts to get his life together, which he ultimately couldn’t do because, well, he got high. There’s not much else to this, but 20 years later, his words still ring true, and the song remains awesome. 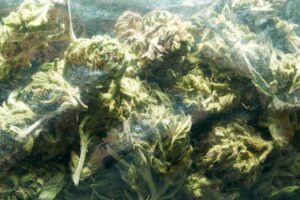 When Colorado and Washington altered their marijuana laws and legalized recreational marijuana in November 2012, they both made history. They did this by enabling personal possession for everyone who is at least 21 years old. Colorado only allowed six plants per individual to cultivate marijuana at the time it was legal, whereas Washington continued to prohibit “grow-your-own” marijuana. The two states legalizing recreational cannabis was an iconic moment, to be sure. 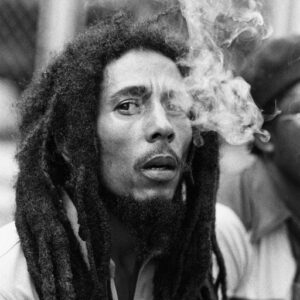 2014 – Bob Marley honored with cannabis brand named after him

Bob Marley, a Grammy Award-winning musician and member of the Rock & Roll Hall of Fame, is renowned for penning songs that attempted to bring people together and inspire them to fight injustice. Marley was renowned for his support of marijuana use. In celebration of Marley’s life, legacy, and convictions regarding the advantages of cannabis, the world’s first global cannabis brand, Marley Natural, was unveiled in 2014.

He’s not the only celebrity to be honored with cannabis. Weed legend Jack Herer is the namesake for numerous strains. After being caught with a bong in 2009, Michael Phelps got an OG strain named after him, as have Snoop Dogg, President Barack Obama, Michael Jordan, and Beyoncé and Jay-Z’s daughter Blue Ivy.

At NatureMed AZ, we love every part of marijuana culture — from strain names to cute accessories, and even iconic moments in the fight to legalize cannabis across the country. If you’re in Arizona and are looking to smoke some high-quality, homegrown reefer, NatureMed AZ is the shop for you.  We’re not just a marijuana shop, we’re a cannabis culture hub — full of life-changing products, informative accessories and delicious edibles. From top-shelf strains to high-quality CBD oil, NatureMed AZ is your one-stop shop for all things cannabis.

The Difference Between CBD and THC and Why it Matters
June 23, 2022
Go to Top